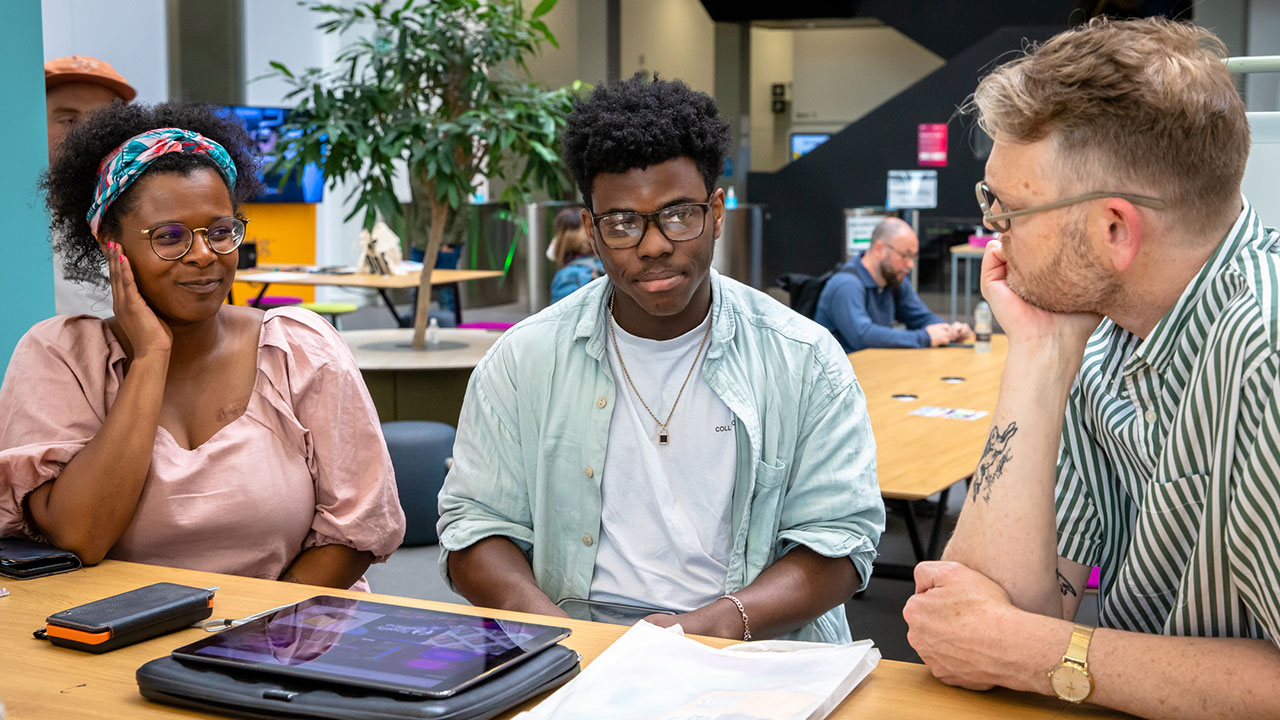 RBH at the Birmingham Design Festival 

It had taken a walk to get to the Design Festival, past old Birmingham staples like the warped wall of the Bullring, the schoolchild-filled Think Tank and endless HS2 construction sites sprouting from Moor Street station. If you traced the panels of these temporary construction yards, you made it to BCU, home of this year’s Birmingham Design Festival.

I came through a double-doored glass wall into the Parkside building, where banners displaying happy students hung and equally below happy students gathered in the lobby. I noticed a Design fest dedicated stall ahead handing out tote bags stuffed with souvenirs and turned left instead as I had spotted the familiar colour palette of my own company.

This was the RBH workshop, designated by a long desk and wheeling RBH posters that cut off a section just for us. Our Creative Director, Michael Vines, was already in the heat of discussion with a student who nodded from a stool as she absorbed advice on her creative portfolio.

That’s what we were there to do, provide feedback, constructive advice, creative guidance, and discreetly offer an internship to the owner of the best portfolio we’d seen. There was a mixture of industry professionals and students in the queue, divisively aware of both opportunities available.

I would have stayed and chatted, but I was new and had a talk to attend. I met up with our photographer, Scott, who, being a once student of the University, became my temporary hand-holding tour guide up the stairs and towards the lecture theatre.

Leaving Scott, I took a seat inside and took out the notebook I’m writing this recap from now. This is what I noticed whilst waiting for the speaker:

Once the microphone turned on, his first words were denying the claim that he was the best writer in the country, instead, he nominated Nick Asbury with a quick hand gesture into the crowd, and I realised that meant there was probably a good chance the best copywriter in the country was in the room.

But Thomas hadn’t said copywriter, and neither had the announcer, they’d said writers. I guessed this was because the talk’s context made the abbreviation clear, but no, Thomas would explain his belief that there was no difference between a copywriter and a writer.

Thomas felt that writing shifted consciousness, that if you broke it all down, that was what it did. His intention was to create affecting language, other intentions, and other purposes were not significant to him, it was just about him and the words. This was how he started his talk, and it was a very good talk about a great many things.

I left the talk and went back down to the RBH workshop where a huddle was now forming. Michael had a coffee and reinforcements in the name of Hayley Gwynne, Head of Design, to handle the steady human pipeline. Equally, other colleagues had arrived to come and enjoy the festival, visit talks and speak with known members of the industry.

But I wanted an interview with someone who had attended the RBH workshop, so I passed my colleagues by and chased after a woman who had just left the stool facing Michael. This was my first time spontaneously approaching someone for an interview and I did not do it very well, but she was kind and willing to sit down with me.

Her name was Beckah Chapman and she had worked as a freelance graphic designer for seven years. We initially made small talk over the fact she had a bag of cherries for lunch and later I would spot a cherry crushed on the ground outside and remember her.

She was clearly still digesting all the advice she had received but she began to warm up. With that her advice became refined in her recollection – she was talented and needed to better show that.

Her true work, where her expression was, was hiding beneath the rest of her portfolio. She could best summarise what Michael had told her with his words ‘be bolder’, and though I had not seen her portfolio, I knew what Michael had been looking for because it was in the ethos of our company.

I wished Beckah well and regrouped with my colleagues, many of us had booked the same talk for the afternoon. It was one I was less excited about, labelled with the ambiguous title ‘How to be a Better Designer’. However, it was in the same lecturer theatre as my first talk, so I now got to play the role of tour guide whilst Scott went to a talk in another building.

Earlier, the room had been chilly and a touch sparse, with empty seats allowing a comfortable post-covid amount of personal space. This talk was fully booked out, even more than full, it seemed, as people began to take seats on the stairs lining the sides of the room.

This talk was by Annabel Welbury, co-founder of F37 Foundry, and it would explain her 10 steps for becoming a better designer. I won’t list her 10 steps because as she delivered them, they only grew more and more strategic and specific, and I think everyone in the room felt a special privilege to hear them at that moment.

I will highlight the incredible work she showed us though, as the scale through which the typography they’d created had permeated the modern world was beyond what I expected.

I do not think even the diehard typography fans in the room, which I didn’t first consider myself among, were aware of the number of recognisable typefaces they had created, and even more so the technologies, both scruffy and immensely futuristic, that had facilitated their work.

If one thing did stand out to me, it was their influences. They cautioned against the internet, which was a first, as it appeared their creativity was so abundantly experimental that they felt one could go down traps of repetition when looking for aesthetic influence online.

To stand out, they used what they knew, and cared about. From football jerseys to underground dance posters, and maths equations to artist sketchbooks. It was eye-opening and felt exciting and made me want to purchase a scrapbook and fill it even though I’ve never owned one nor wanted to own one. It was another very good talk.

Leaving the theatre, we sat together over lunch as a team and talked about Annabel, the festival, each other, and our company. It felt prideful to be part of the hum, to be seen as part of it through the lens of idealistic students, and more than anything, it felt good to be part of something that had filled a University with professionals as excitable as its students. 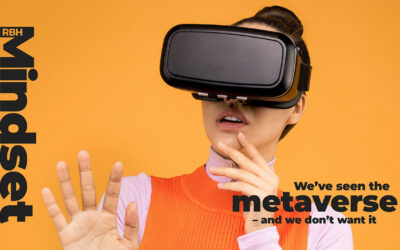 We’ve seen the metaverse – and we don’t want it.

The idea of a metaverse as a virtual platform using avatars is nothing new. Using this definition, metaverses in the form of MMOs such as World of Warcraft, Second Life, and even Club Penguin have existed long before Zuckerberg’s vision. 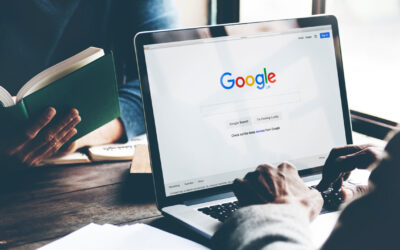 There are some big changes you need to know about when it comes to marketing on Google this quarter.

At the @thedrummag Roses Awards in Manchester last

Join us tomorrow at @designfestbrum 2022 for our P

Good news alert! The countdown is on for @thedrum

We’re delighted to be the Design District sponso