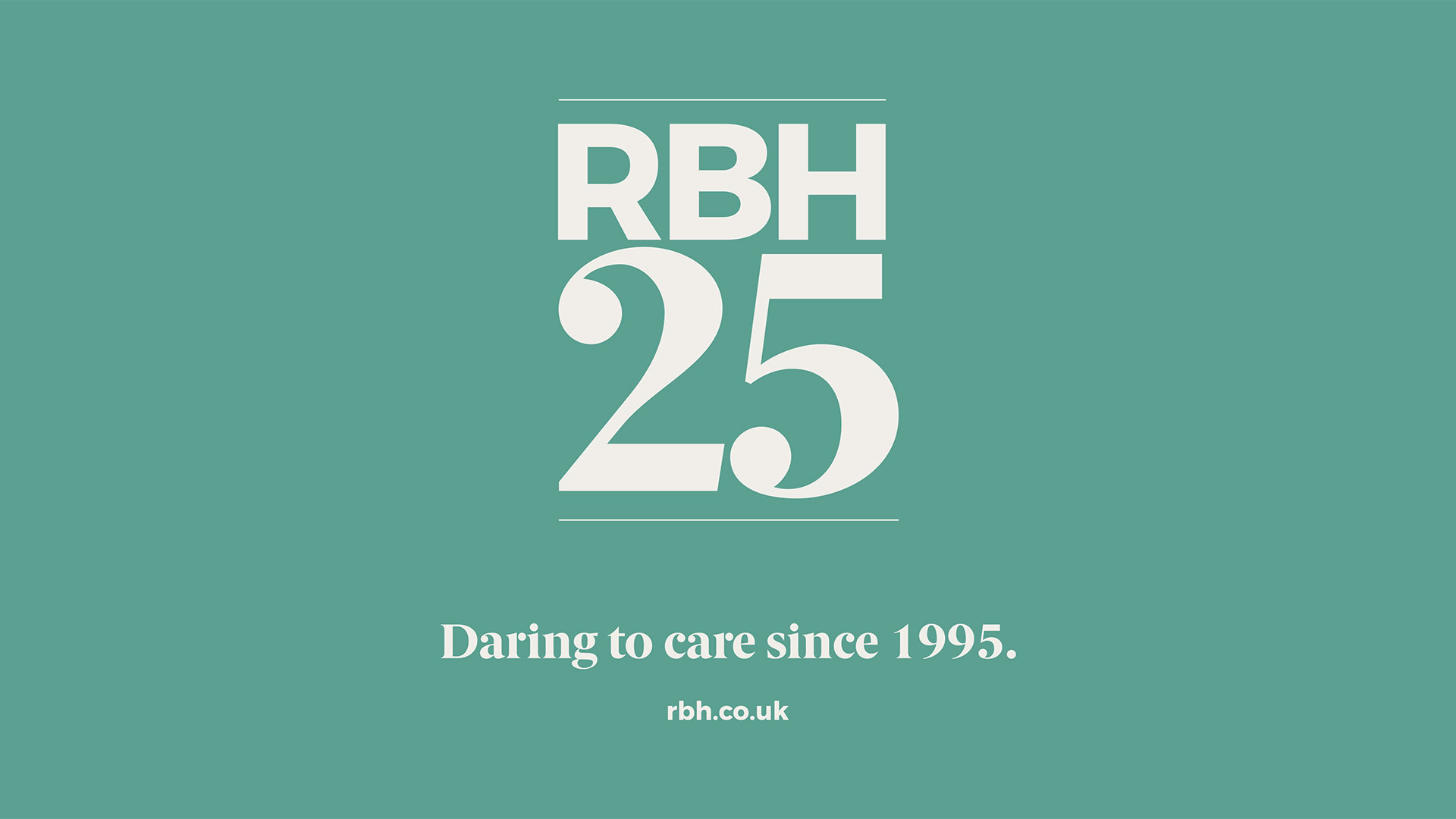 Escorted from our previous agency, loaded up with pot plants, ancient cardies from backs of chairs, Cup-a-Soup cartons and a myriad of other personal effects gathered over years of working in the same, pale pink (because I was “the first senior girl”) office.

Collected outside the anonymous 70’s dual carriageway located building, in cars manned by an ever-so-supportive previous Client and assorted partners and friends.

Taken to a Lease Car business run by another previous Client who’d happily loaned us some “random, leftover motors” in shades of hearing-aid beige and bronze metallic. Duotone. Was a thing.

We couldn’t have cared less. We fell about laughing as our car snob Bradley faltered for a nano-second before sliding his six foot and more into plush tobacco coloured and scented velour. Those cars equalled brand newness and a whole new brand: Rees.Bradley.Hepburn.

“Don’t do it,” they said. “I give it six months,” they said. “A partnership of three never works.” “You’re too nice to make money.” And so much more. But there were others. Those who said: “About time, this was always going to happen,” “You’re the dream team,” “We only ever wanted to work with you,” and especially: “We cannot wait to see R, B and H doing it their own way.”

It was about the service we wanted to offer and how creative we longed for that service to be.

And it was about how we wanted to be, to act, to treat each other.

In the mid-90s agencies were falling over themselves to be defined as “Above” or “Below” the line. There was all this “Direct Malarkey” going on. Our previous agency was ever so traditional. And successful. The owners had little appetite for change. However, they did promote this bolshy, opinionated young woman to the board well before she was 30 so that said something about them (our industry is still woefully short of senior women).

I’d longed to be sat at board meetings but quickly discovered that they were far more about the positioning of the photocopier than they were about driving real change, exploring new channels, taking creative risks on work and people. Lunches with Bradley and Rees quickly moved on from whinging about the status quo to plotting and scheming for a brave new world.

A year in the planning. Two phones each. One for the increasingly stale marriage. Another for the love affair of RBH. Conversations about premises. Definitely not an industrial estate. Definitely not somewhere devoid of blue skies and greenery. So, rural/semi-rural. One barn, three or two? Rental break-clauses. BT contracts. Bank account (getting thrown out by two big name banks as “quite frankly start-ups in your industry are non-viable”). Third bank lucky. Overdraft facility. Second mortgages (with a flame-haired toddler named Joe now in tow). Weekends spent sanding, painting and restoring old, heavy-as-f**k office furniture donated by a friendly printer. Meeting the proposed freelance FD who was brilliant at money but had silent misogyny seeping out of every pore. Even having my name in the headline was no guarantee of being taken seriously back in the 90’s.

We drove our motley, rowdy convoy into some newly converted barns near Hampton-in-Arden in October 1995. A perfectly curated team of nine weirdly wonderful individuals. Six of them taking a risk on the three of us, a wing and a prayer. Not to mention a “seat-of-the-pants” business plan and three alternative cashflow forecasts.

As low as we could go salaries for R, B and H. Everyone doing everything, whatever their job title happened to be. We were our own cleaners, our own IT/admin people, and our own receptionists. Every penny was counted because we had no rich backers and neither did we want any. This was about doing it our way and appreciating it so much more.

The first client arrived. Only Land Rover. Dreams were coming true. The first cheque arrived and was met by whoops of joy and a celebratory pub lunch. In came Barratt Homes, British Gas UK Retail and HSBC Vehicle Finance (where the tender demanded over twenty staff so we invited all our relatives and freelancers and family to pop in for the prospective client visit). Then Camping & Caravanning Club, Pavilions Shopping Centre, NEC Group and more. Two barns gambolled into three and nine became a proper twenty and more. Early and fast growth meant a determined effort at staying true to the ethos we’d evolved and were lapping up. We interviewed ferociously and fearlessly. Never worrying about deciding in ten minutes or four different meets if it took that long, or that short, to be sure. Our people were all different but the same. Passionate, creative, professionals, the sort who wake at 4am with a blinding insight or fretting as to how to make things even better. Daring. Caring. In equal measure. CV’s and the exact tick-box experience have always come second to talent and promise. True in 1995. True in 2020.

A client called us “the first communist ad agency” as she witnessed Rees vacuuming and me toilet cleaning (weekly rotations were still in existence). Rees had publicly said he’d rather have an agency where everyone got to earn a decent salary than the founders taking home all the spoils and we lived it. We three didn’t take an increase for three whole years. But what we did do was so much better. We achieved our goal of creating a place that had all the good feels. Where people woke up in the morning and actually looked forward to coming to work (more days than not). Where we laughed and cried and created and cared. Where we didn’t define ourselves as above, below or integrated in any lines. Where we looked at the client need and answered it honestly as we would our own business. Not always in the expected way but in the way we vehemently believed to be right.

Of course we’ve got it wrong over the years. We’ve occasionally recruited the wrong folk (What happens to agency culture when you recruit the wrong person?) but we quickly sort it. Our people sort it. And suddenly we grew to 120 and were almost at standing room only.

We have good times, great times and, yes, we have bad times.

You will not hear many agency leaders talk about the bad times. But we should.

Because the way you deal with the bad stuff (or not) says everything about you. And it can be like it says on Pinterest. The bad times can make you better and stronger than before.

In 2008 we lost out big to the “Perfect Storm” of client changes and a global economic downturn and a wrongly timed property investment. We were nearly 15 years old. We had to say goodbye to Clients we loved and over 50 colleagues we loved too. It was the hardest blow of all. Turns out caring is much nicer when things are good, and is soul-destroying when things aren’t. Personally I found it excruciatingly hard to get past losing people the jobs they loved and took much of the blame upon myself. I have spoken with other women entrepreneurs since and it seems we carry that burden differently to most men who are more able to shrug it off as ‘just business.’

Bradley retired to write, play music and drive very fast cars, faster than anyone else. Tim was feeling beaten up by events and worried about me. We had an overdraft for the first time since the start. The property meant we were asset rich and cash poor. Our banking partners became absolute tyrants in our moment of need. Suddenly being RBH MD seemed a very lonely place to be.

Someone said to me that maybe it was a sign. To sell out. Shut up shop.

Then, of course, as well as the people who had to leave, there were those who jumped ship. And we got that. Job security is tough enough in Agency world. But there were the others. Those who’d been with us through thick and thin and offered up their support in words, time and, heartbreakingly lovely, even their salaries.

I pulled into the car park one day as the sun was rising above the barns and thought how this was still the most joyful place to work. That the people were more special and important than money, property or bank demands. And that a recession hadn’t robbed RBH of its ethos and its extraordinary folk. That there was much more to do and love doing.

Roll on a few years of fingers-to-the-bone hard work, creativity in everything, selling the darned property, sacking the bank and anyone else who hadn’t been a partner through the tough times, growing our talent base, continuing to take risks on bright, brilliant young and older people and we are now around 50 of us. With a client line up to be hugely proud of. And the same Dare to Care ethos permeating everything we do.

Which has come in really handy in helping us through 2020 and everything that has thrown at all of us.

And I’m loving RBH and the team I work with every day more than ever. 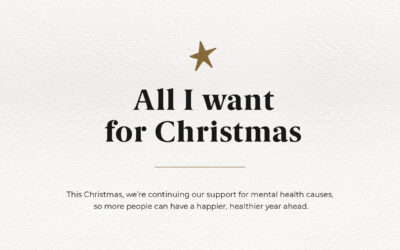 All I want for Christmas

Instead of corporate gifts, we’re giving to YoungMinds.org.uk, so more people can have a happier, healthier year ahead. 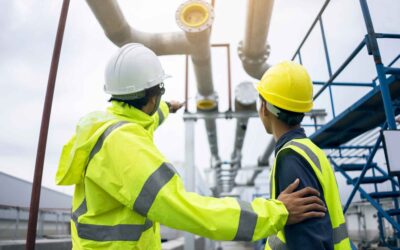 RBH Creative Communications has been appointed by CompEx to deliver its ongoing PR and social media as well as a series of digital projects. 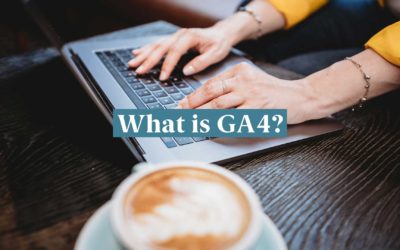 Earlier in October, Google quietly released its newest iteration of Analytics. So quietly, in fact, that we don’t blame you if you missed it. Google Analytics 4 or GA-4 is Google’s latest offering, and if you’ve only signed up for a Google Analytics account recently, you will have set-up a GA-4 property by default.

Thank you for visiting our site. Just so you know, we use cookies to enhance your experience and for our own analytical purposes. By continuing to browse our website, you agree to the storing of cookies on your device. To learn more, please see our policy here.